Coming home to Rose Park in Mishawaka for the first time since 2012 led to the same result, a fifth straight World Championship for the Cult West Warriors.

Cult West beat the Twin Branch Billy Goats, 7-2, to become only the second team (Dud’s Gang from 1987-1991) in tournament history to win five straight World Wiffle® Ball Championships. Anthony Rieff, who was part of Cult West’s 2016 Championship, belted two homers, and Jay Ryans spun a gem on the mound to lead the Warriors.

Motivated after losing their first game in five years in pool play, Cult West played their style of suffocating defense with one run allowed in their first three games on Sunday. They survived an 18-15 slugfest against their pals, the New Carlisle Newts, in the Final Four.

The Goats stampeded through the top half of the bracket after going 2-2 in pool play, taking down 4-time champion Funky Plastic Offspring and two-time champion Balco Boys by a combined score of 21-2. Ryans’ knuckler gave the Goats fits in the title game, as they did not muster a hit in the first three innings.

41 teams (from 8 states) participated in the 41st Annual World Wiffle® Ball Championship on Saturday, all playing four games. 24 teams advanced to the single-elimination tournament on Sunday.

*The New Carlisle Newts reached their fifth Final Four in their last six appearances, while The Balco Boys reached another Final Four ten years after their last championship in 2010.

*Thanks to all the teams and those who purchased shirts online and this weekend, approximately $2,000 will be donated to the South Suburban Humane Society. For a limited time, shirts will remain on sale for purchase on the website for $20.

*The 42nd World Wiffle® Ball Championship will be back at Memorial Park in Midlothian, Illinois on July 17-18, 2021. Keep an eye out for additional content leading up to the 42nd WWBC at oddballsports.tv, including highlights from this year’s tournament and more interviews with wifflers around the country. 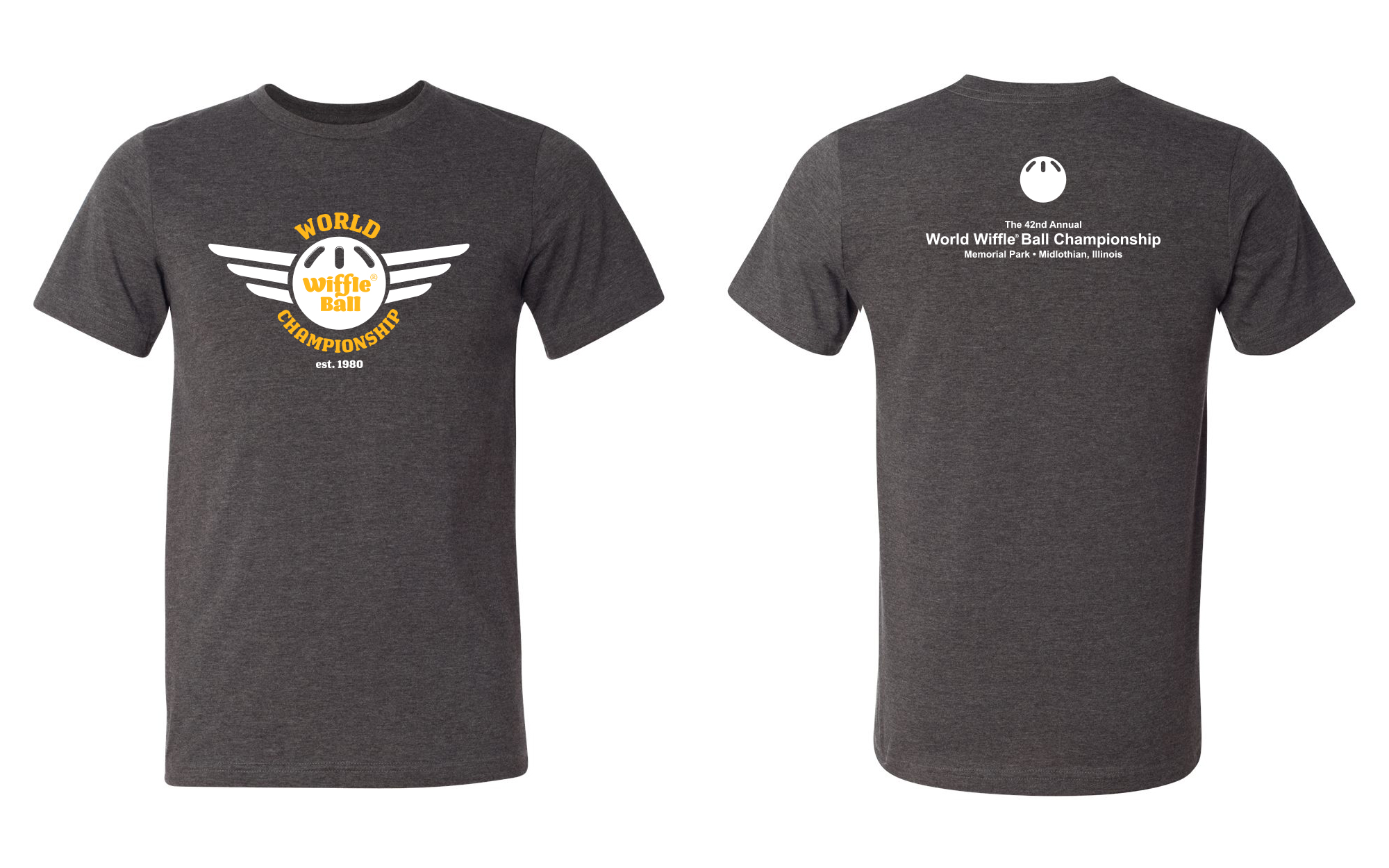