(Feb. 14, 2013 – Skokie, Ill.) After 33 years, the oldest and largest Wiffle® Ball tournament in the nation is moving to the northern suburbs of Chicago.

After a takeover of the Indiana agency that had run the tournament for years, the legendary World Wiffle® Ball Championship, founded in Mishawaka, Indiana in 1980, is pulling up its stakes and moving to Skokie, Illinois, to be run by the Skokie Park District.

“Many options were explored, including several plans that might have kept the event in Indiana,” said tournament founder Jim Bottorff, “but ultimately, this deal made the most sense for keeping the tournament alive and healthy.”

The not-for-profit tournament features five-person teams playing with perforated plastic Wiffle® balls, on miniature ball fields with six-foot home run fences. Over the years, the open event — which grew up in the shadow of Notre Dame’s famed golden dome — has been featured in ESPN The Magazine, Men’s Health, USA Today, on Fox, CBS, ABC and NBC-TV, and in the book “101 Baseball Places to See Before You Strike Out.” The tournament has hosted thousands of teams over four decades, including regional stops in Baltimore; Los Angeles; Eugene, Oregon; and Barcelona, Spain.

“I have no doubt that the tournament will thrive in its new home,” said Nate Hansen, 30, who has played in the tournament since he was 10-years-old. “Hopefully all the familiar faces that made the pilgrimage every summer to Mishawaka will now make the trip north of Chicago to continue this great tradition.”

The 34th Annual World Wiffle® Ball Championship will be played on 12 fields at Skokie’s Channelside Park on June 29 and 30, 2013. Teams of men and women, 10-years-old and older are guaranteed four games in a round-robin format, with division winners advancing to a single-elimination playoff.

Editors note: Nate grew up in Mishawaka, Indiana, later moved to Munster, a Chicago suburb, and eventually went back to South Bend where he graduated from the University of Notre Dame. Today, at 30, he is an attorney, who has now attended 25 straight World Wiffle® Ball Championships. His team, Club Ripped, has won four world championships. Nate was inducted into the World Wiffle® Ball Championship Hall-of-Fame in 2009 and was named the Player of the Decade for the 2000s.

I was six when I spotted my uncle leaving in a pink tank top with his name and number on his back, artfully taped Wiffle® bats in hand. My grandma asked him to take me with him. Little did I know that I would be attending my first of 25 straight World Wiffle® Ball Championships on that summer day.

Unfortunately, I was relegated to statistician duties, keeping score like a 70-year-old man in a bucket hat at Wrigley Field. The next year, I earned my own flashy pink jersey with the name “STATS” across the back. I continued to pester my uncle to play, but the closest I came to any game action was shagging home run balls during games.

I moved from Mishawaka when I was eight-years-old, but came back to play in my first World Championship when I was 10. My team consisted of my two best friends at the time and my dad, who still has hit the most majestic home run I have ever seen: a blast that hit the top of a 40-foot light pole in right field of one of the diamonds at Ward Baker Park. (A close second goes to Joe Stratton’s street shot in the championship game in 2008).

Our first game in the 1992 tournament was against a team by the name of Dud’s Gang. (At the time I had no idea that they were coming off of five consecutive world titles.) We lost four straight games that year, but I was ecstatic just to be playing in the tournament.

Year after year, the losses continued to mount, and as I grew older, my competitiveness did not mesh well with losing (or with serving up the first female home run in the history of the tournament). As a teenager, I brought different friends to the tournament every year, changed our team name multiple times, and took the tournament way too seriously. But after an argument with John Premetz (who has played with me now every year since 1996) about a ball that I dropped and probably wrongfully blamed on him, it occurred to me that my desire to win was getting in the way of the fun that we should have been having.

Since that day, I have made sure to make having a blast with my friends the priority, with winning second. Now every year, I get to play Wiffle® Ball with my oldest friend from grade school, two great friends from high school, my cousin who is like a brother to me, and another good friend who has grown to love the game.

When I was told that the tournament would no longer be held in Mishawaka, 25 years of memories came back to me. While winning a few championships has been nice, the best memories I have are of spending one weekend a year with my oldest friends, enjoying a few beverages and beating the plastic. The countless stories that I have gathered from playing in this tournament are reason enough to play. And I will continue to play, hopefully someday with my children.

For the last few years, my team, based in Chicago, has also played in the National Championship in nearby Skokie. I guess we all figured, “why not get together as much as possible to play Wiffle® Ball and share a few laughs?”

I have no doubt in my mind that the tournament will thrive in its new Illinois home. Hopefully all the familiar faces that made the pilgrimage every summer to Indiana (whether just down the road from Mishawaka’s Rose Park or from eight states away), will now make the trip to Chicago to continue this great tradition.

So we say goodbye to the birthplace of the World Wiffle® Ball Championship and say hello to Skokie, where I can only hope the tournament lives on for another 33 years. While we will miss Mishawaka and all the memories that we made at Ward Baker Park and Rose Park (and the other parks that I was too young to have seen), I look forward to seeing and perhaps sharing a beverage or two with you all, while beating the plastic and making new memories. 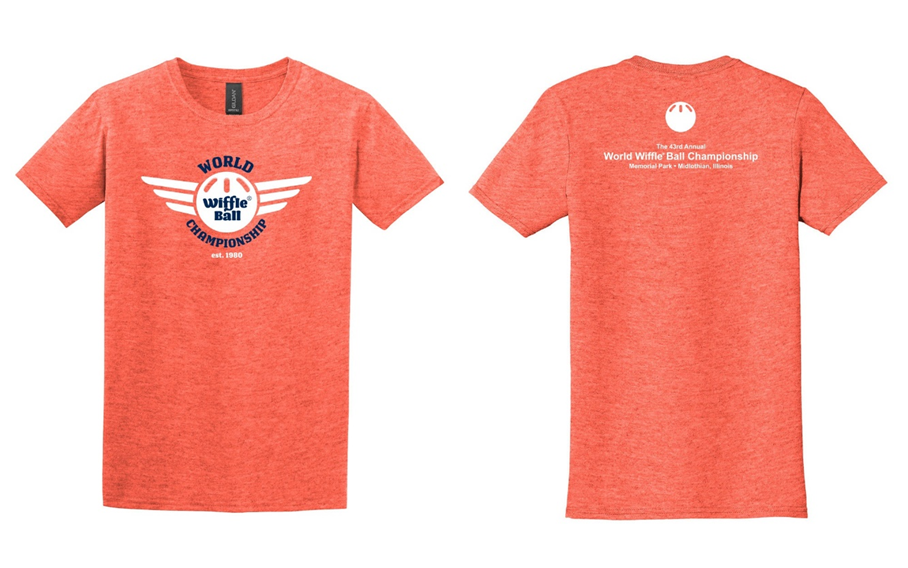