Whiffleball grows up into national tourney

It’s a beautiful sunny afternoon that has attracted hundreds of people to Patterson Park – not the place to spend a quiet afternoon if you’re a big sports star. But not a single person notices Hall of Famer Mark “Gator” Waumans as he demonstrates the art of home-run hitting.

Kids walking by are thoroughly unimpressed – must be something to do with Waumans clearing a fence that is barely 100 feet away. But tomorrow, Waumans, who once hit 10 home runs in a game and has been dubbed the “mythical home run king,” will wield his feathery plastic bat and command total respect as he leads his team in the East Regional of the World Whiffleball Championship tournament.

That’s right – the game played back in grade school with the yellow plastic bat and the plastic ball with the holes. It’s known strictly as a kids’ game, but tomorrow 12 teams of grown men from as far away as Connecticut will converge on Patterson Park to play.

“Once you get someone to play, you’re hooked,” said Scott Ermeti, a member of “The Homeboys,” a Baltimore-based team that won world championships in 1981 and 1986. “It brings back a lot of memories. It’s a lot of fun, and it’s real competitive.”

And it’s real serious … well, kind of. There’s a seasonal bulletin, published by the World Whiffleball Commission. In order to avoid copyright fights with Wiffle Ball Inc., which manufactures the plastic balls and bat, the organization deliberately added the “h” to its name. There are ranking of the “Super 20 Whiffleball Teams on the Planet Earth,” which are based on player profiles and team statistics that are “fed into the WWC computer.” There are sponsors, including Coca Cola Co. and Frito-Lay Inc. And there is even a slogan — “Whiffleball action, it’s FANplastic!!”

The origins of the WWC go back to 1980 when four summer park directors in Mishawaka, Ind., organized a tournament. Eight teams, consisting mainly of kids, competed for the first “world” title.

Last year 52 teams played for the world title, playing on 17 fields at Mishawaka’s Ward Baker Park – known as “the world’s largest whiffleball complex.” The tournament is a big happening each year in Mishawaka (pop. 42,000), with the mayor throwing out the first ball.

“A lot of people kind of laughed at us when we first started, but then it just snowballed and everybody wanted to play,” said Ermeti, 28, a sales and marketing manager for a Baltimore-area shoe company. He is one of the founders of the tournament. “When we go back to Mishawaka now and see 400 people chomping at the bit to play, that’s really rewarding.”

Each team has four players: pitcher, catcher, leftfielder and rightfielder. Bases are 40 feet apart, with the pitcher’s rubber 30 feet from home plate. Outfield dimensions are 89 feet to center and 100 feet to right and left fields. When the wind is blowing out, it’s not uncommon for teams to score 17 or 18 runs apiece in a seven-inning game.

“There’s no stealing or leading from first or second base, but you can lead and steal from third,” Ermeti explained.

In addition to the Baltimore regional this weekend, Indianapolis, Ind., Seymour, Ind., and Seattle, Wash., will host regionals on “The Road to Mishawaka.” 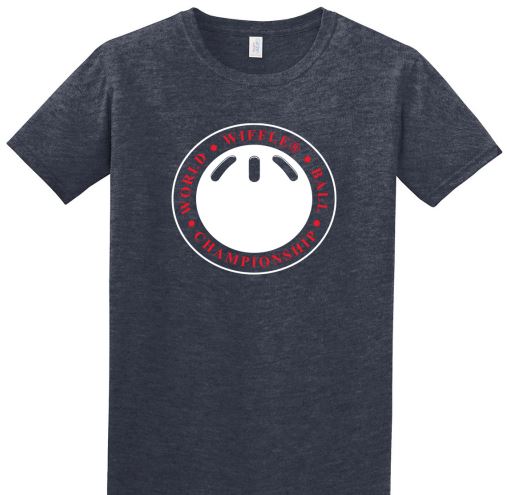